Patrick Lagreid had reviewed the cigar and I needed to smoke it for consideration for our Top 25 that year; it finished 18th on halfwheel’s 2017 Top 25 list. That little cigar was fantastic. So fantastic that ever since then I’ve been waiting to have another production from JRE like that.

So when the company announced the Aladino Corojo Reserva Corona No.4 Limitado, a 5 x 44 petite corona, I was excited to see what the cigar would taste like. 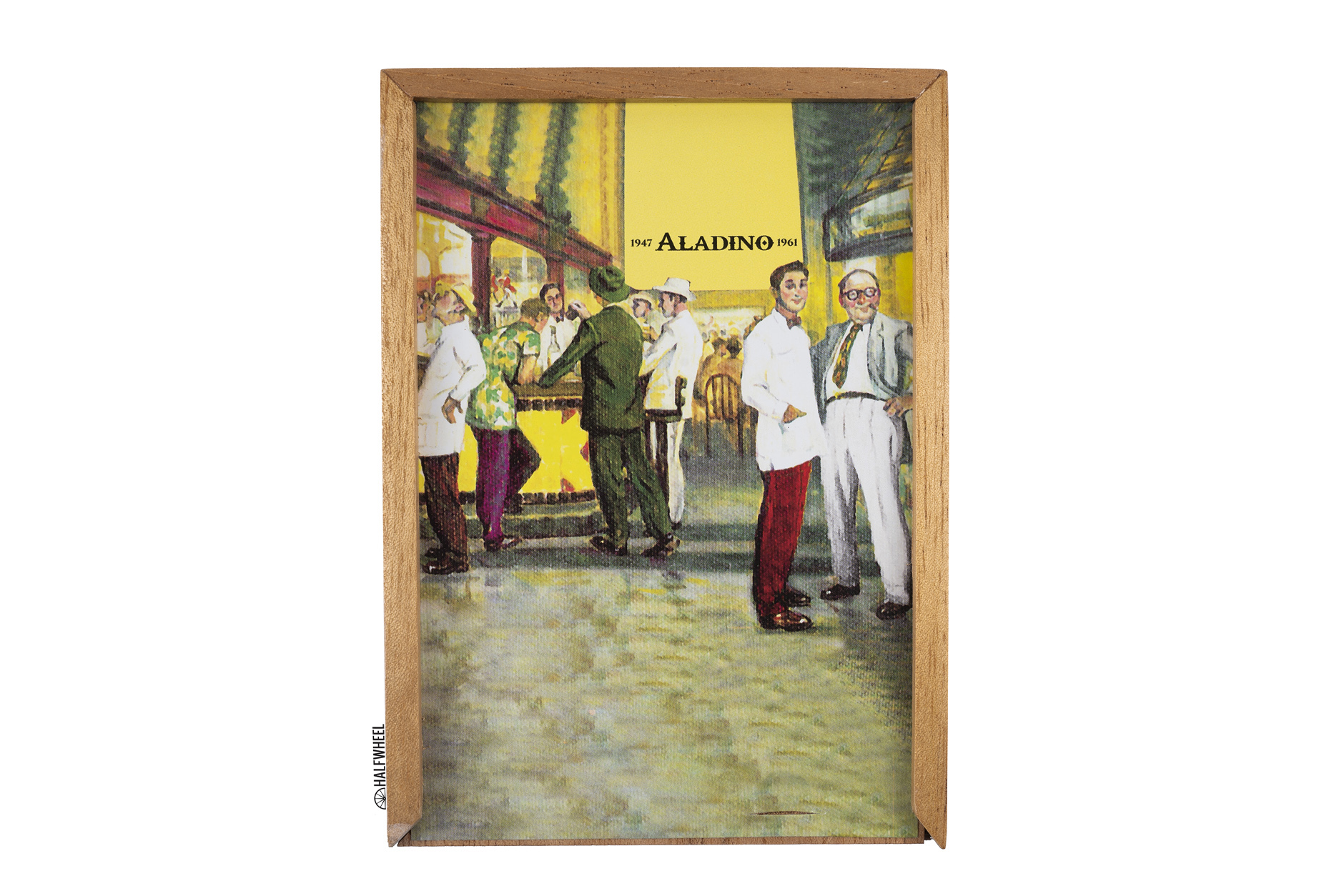 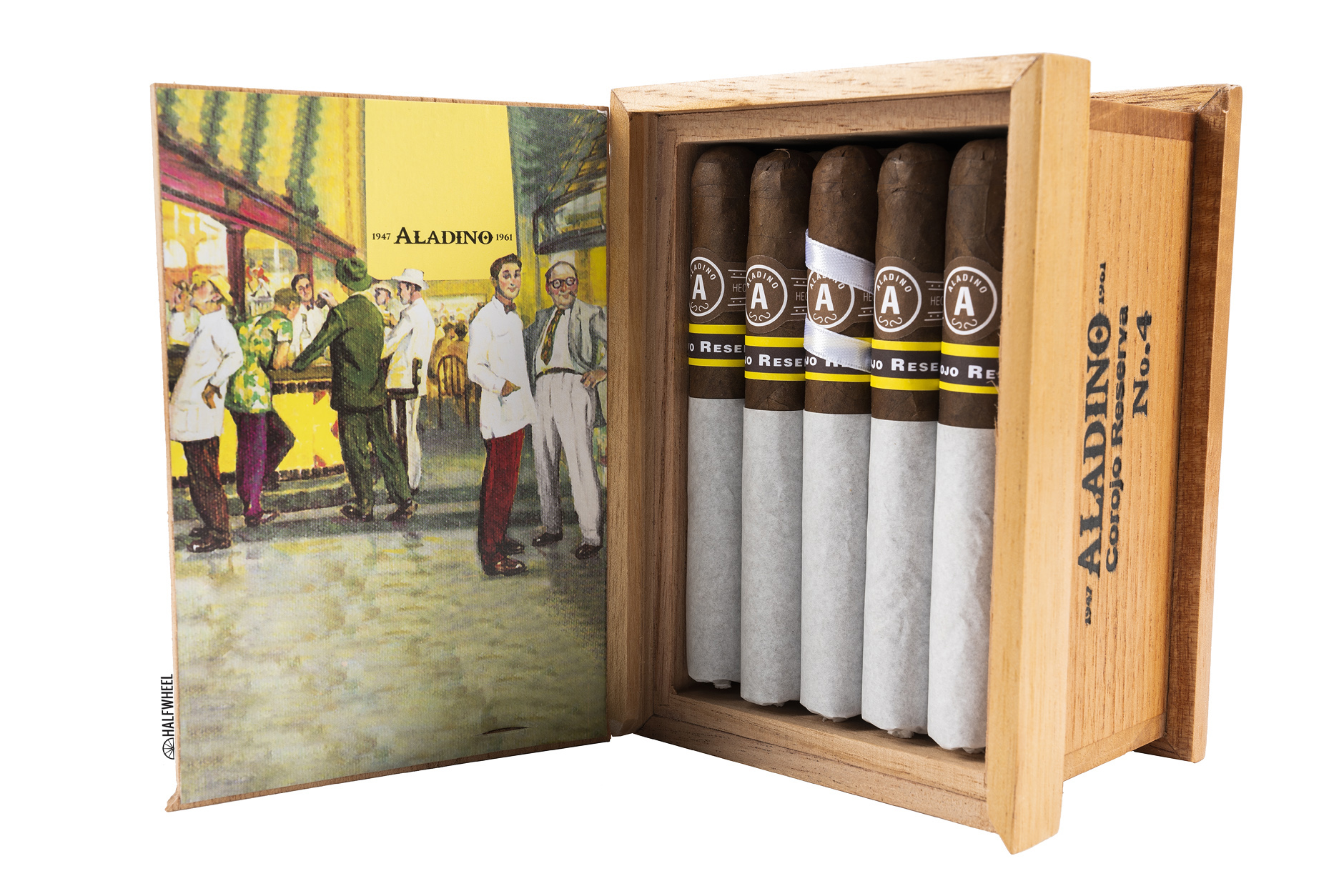 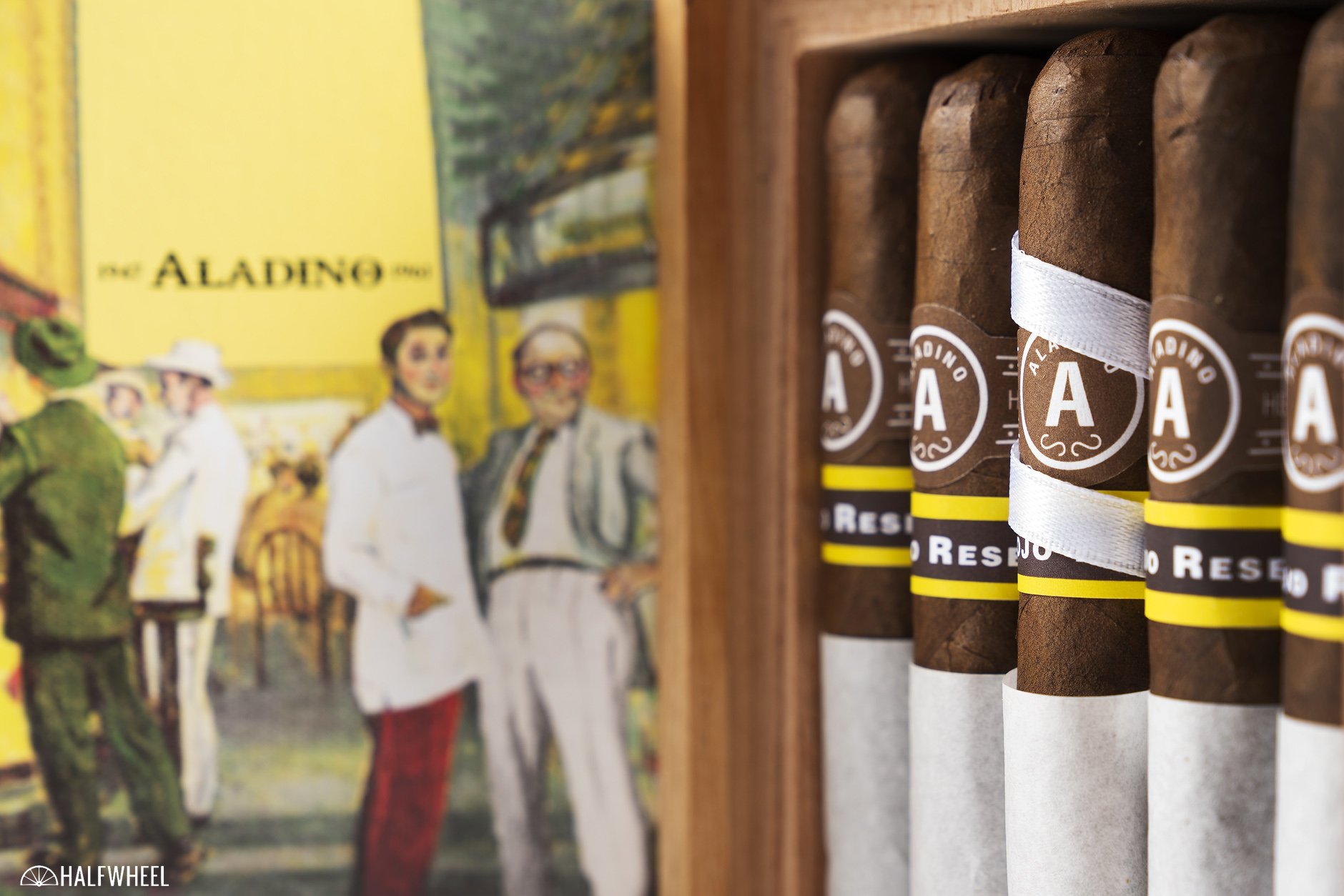 It’s the first in the company’s new Our Cuban Heritage Series, a collection of limited edition cigars that could include as many as four new cigars. For this release, the Corona No.4 Limitado is a Honduran puro that uses higher priming leaves that have all been aged between 4-5 years.

Production is limited to 800 colorfully decorated boxes of 20 cigars, a total run of 16,000 cigars. 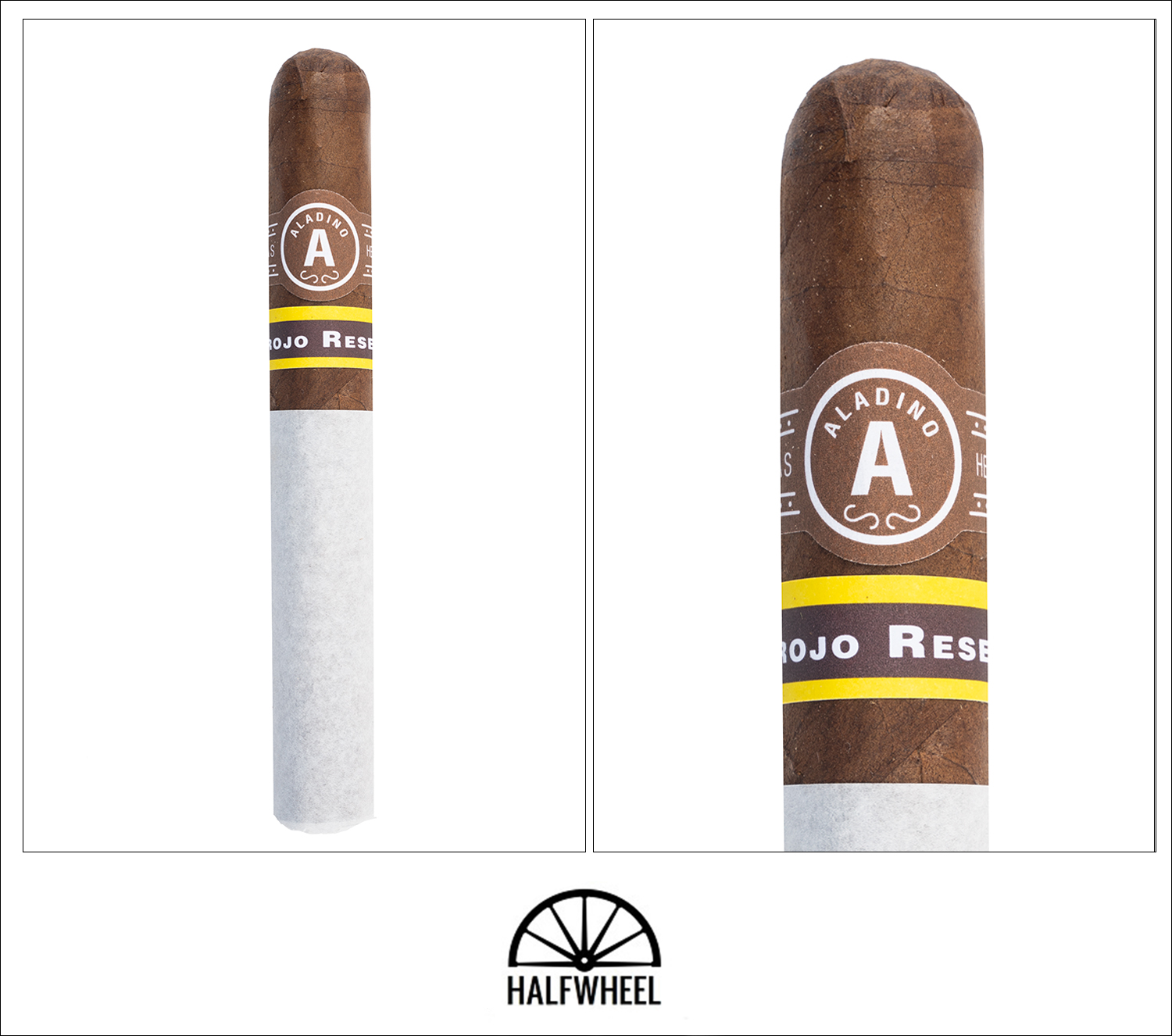 If you told me that I was opening a box of cigars from 1972, I would have zero reason not to believe you. The packaging is very old school, particularly the bands. There’s a fairly dark wrapper, certainly darker than the regular Aladino line with which I have become familiar. Once the tissue paper—which when combined with the bands cover nearly 70 percent of the surface area of the wrapper—is removed I smell a mixture of leather, barnyard and some rock salt. One sample smells like actual horse poop, like I’m on a horse farm. The foot is rather different with a mixture of floral flavors and plain crackers. There’s some irritation a few seconds after the rest of the flavors have left my sense. The cold draw has a lot of bubble gum, drowning out some hay and rice flavors. On that one sample, I can smell the horse poop coming off the wrapper.

The Aladino Corojo Reserva starts with wet grass, lemonade, a sharp cheese flavor and some white cracker flavor. I’m a bit concerned about the draw, which is rather open, perhaps even more open than a robusto should be. An inch in, the first third has hay, creaminess, some mineral flavors and paprika. Retrohales have a lot of Worcestershire sauce, some floral flavors underneath that, corn and a candied grape flavor. The finish tastes like an aged version of Gentleman Jack, corn whiskey with a lot of cinnamon. Flavor is medium-full, body is medium-plus, and strength is medium-plus. The draw is still too open, which forces me to touch up the cigar to keep it from going out. 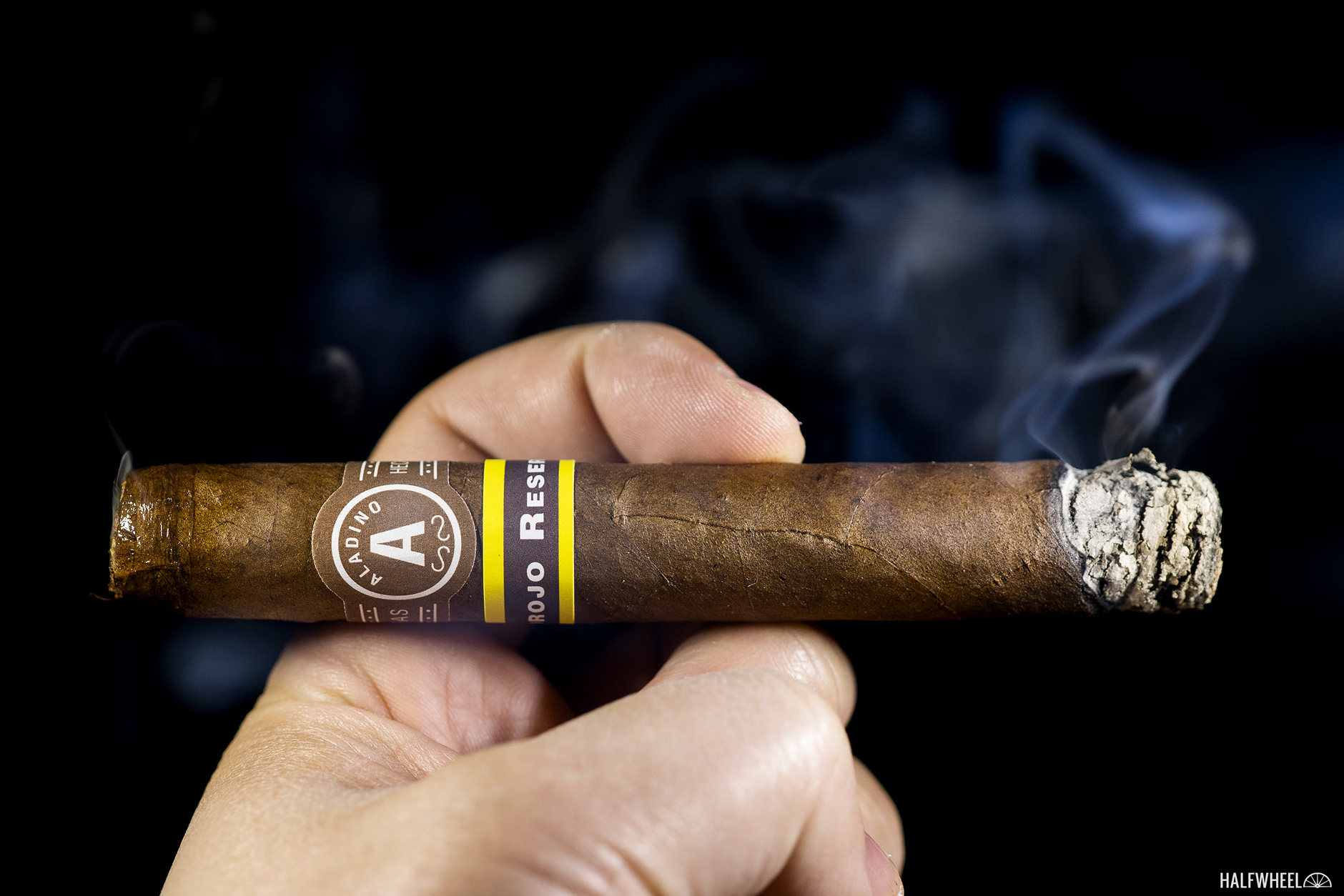 While there’s a dramatic shift in the profile, I struggle to find any big flavors in the second third. There’s a mixture of popcorn, soggy pizza crust and some citrus flavors. Retrohales have meatiness, cinnamon, cloves and some of the doughy mixture; somehow the retrohale is even more intermixed than the mouth flavor. The finish has bread, sawdust, some spices and an IPA-like bitterness. Flavor is medium-full, body is medium-plus and strength is medium-plus. Smoke production improves, but the draw could be better. 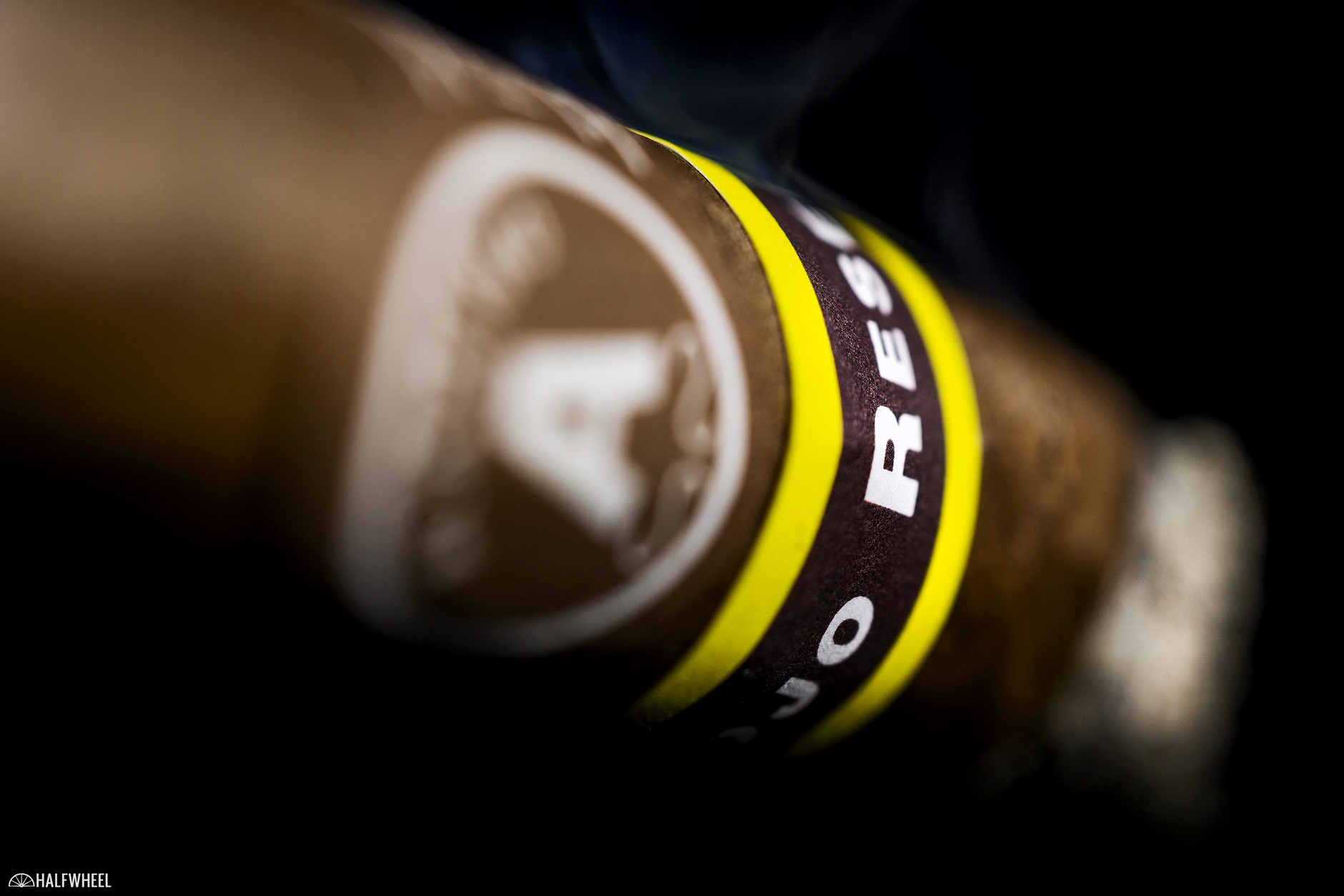 I wait and wait for the Aladino Corojo Reserva to provide another dramatic shift, but it never happens. The profile in the mouth remains largely the same, though perhaps it’s now a bit more of a sourdough character than generic bread. Retrohales have greater differences: it’s creamier with earthiness, but most notably, the cinnamon is gone Flavor, body and strength finish medium-plus. 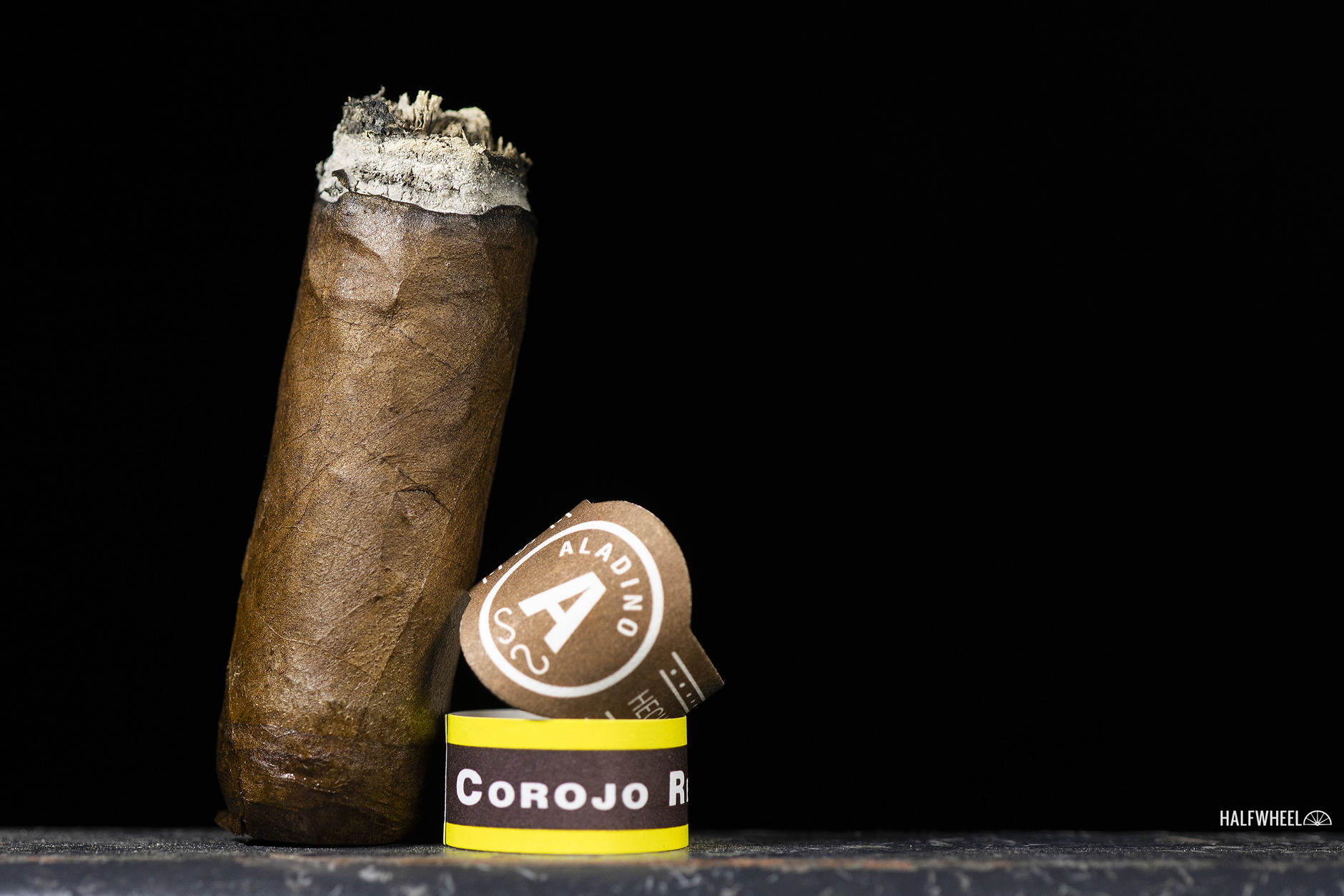