Over the past few weeks, select retailers have been receiving shipments of JRE Tobacco Company’s Aladino Connecticut. But at the 2019 IPCPR Trade Show, the cigar will have an official unveiling.

As the name indicates, the cigar features an Ecuadorian-grown Connecticut-Shade wrapper over authentic Corojo grown on the Eiroa Tobacco farm in the Jamastran Valley of Honduras. The cigars are available in four sizes: Robusto, Toro, Churchill, and Queens Perfecto. The Queens Perfecto is a format that has not been seen before in the JRE Tobacco portfolio. 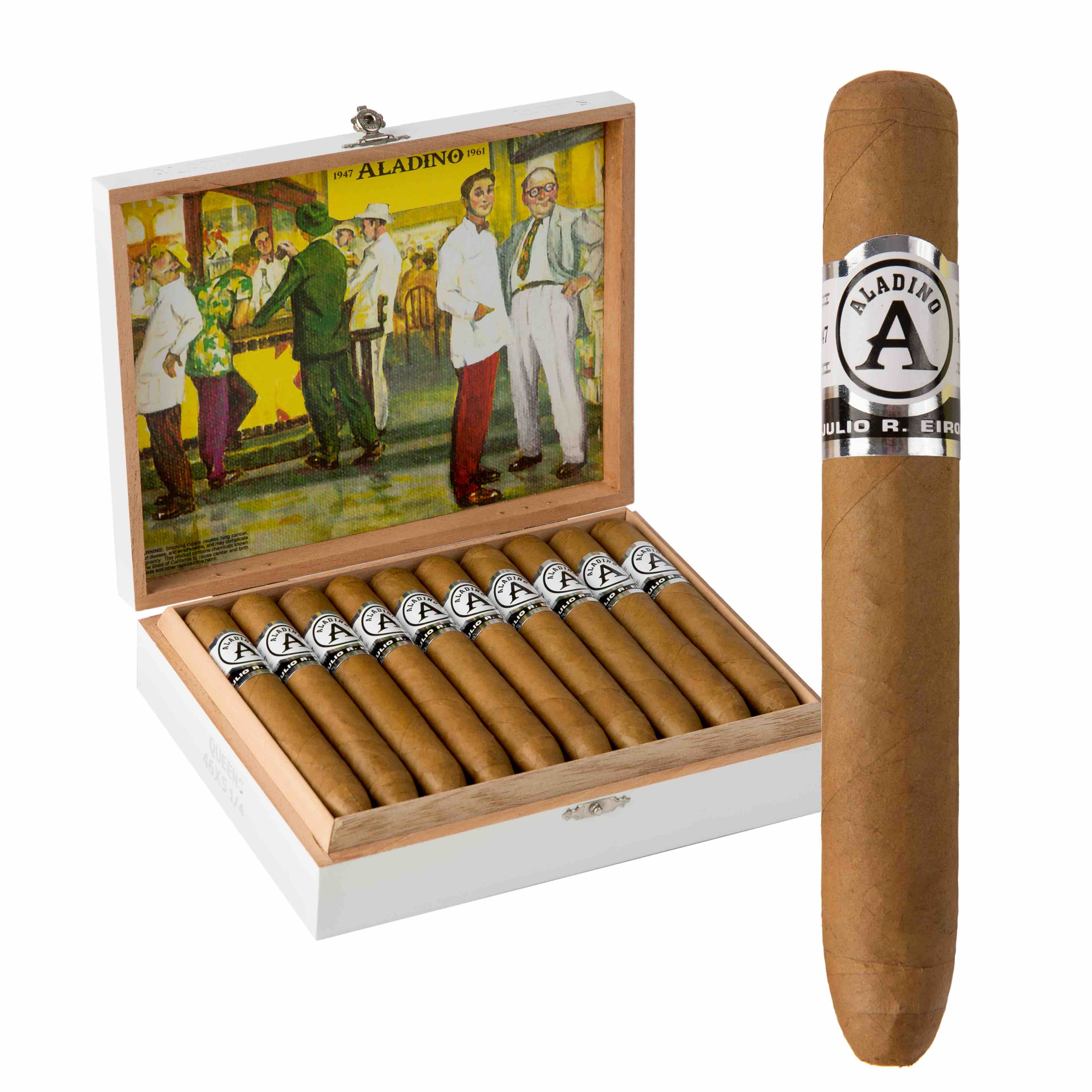 Each size is presented in 20-count boxes.

At a glance, here is a look at the Aladino Connecticut: